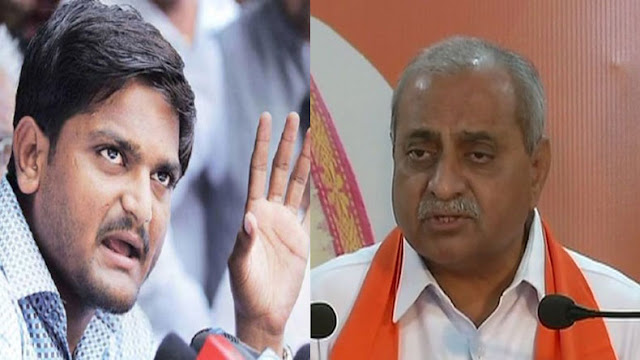 Hardik Patel, the leader of Gujarat’s Gangetic Movement Committee Hardik Patel, reached the hospital to meet Pravin Togadia, Executive Chairman of Vishwa Hindu Parishad. After meeting Togadia, Hardik said that the BJP government is troubling Togadia. He said that he is with Praveen Togadia. Vote is a different matter, but ideology is one.

Hardik said, “We know what Amit Shah and Narendra Modi are doing.RSS is against Praveen Togadia, Hardik, who has been working with Praveen for a while, should tell him that Hardik Patel, on Pravin Togadia, On Monday, he had also accused the BJP government.

On going out of Pravin Togadia on Monday, the leader of Gujarat’s Patidar movement, Hardik Patel, targeted the Bharatiya Janata Party. Hardik tweeted that despite being Z + security, Praveen Togadia ji disappears. It is a matter of thinking about what can happen to the common man. Praveen Togadia had earlier said that his life is in danger.

Hardik Patel said in another tweet that if Pravin Togadiaji was missing in the government of Dr. Manmohan Singh, then the BJP would have done violence in the whole country. The devotees can say what they have to say because if they do not speak on this issue, then Saheb will not pay salaries.

Pavit leader Hardik Patel met him at the hospital on Tuesday after Praveen Togadia’s press conference. After this meeting, Patel, while targeting the BJP, said that a conspiracy is being hatched against Togadia. Explain that Vishwa Hindu Parishad leader Praveen Togadia was missing on Monday.

Earlier, Gujarat’s Patidar Samaj leader Hardik Patel had attacked the BJP even before this issue. Hardik also said that if such a Congress was in the government, then BJP would have done violence across the country. Hardik attacked the Modi government by tweeting two consecutive tweets.

Vishwa Hindu Parishad president Dr Pravin Togadia, on Monday, was found dead in an unconscious state on late night after being absent for 11 hours on Monday. Today, he came in front of the media and said that my encounter is being conspired and my voice is being pressed.

After this Praveen Togadia press conference, Patidar leader Hardik Patel visited him. After meeting Togadia, Hardik Patel said that PM is plotting the death of Narendra Modi and BJP President Amit Shah Togadia. Not only this, former Gujarat IPS officer DG Banjara also came to the hospital to meet Togadia.

Please tell that on Monday morning at 10:30 Pravin Togadia suddenly disappeared. After this, there was a stir in the politics of Gujarat. Patid leader Hardik Patel on Monday questioned the BJP government about one tweet after one by one.

Hardik first tweeted that despite the disappearance of Pravin Togadia, the state home minister is silent? The security guard of Togadra has not been suspended till date. Why are the BJP and the leaders of Vishwa Hindu Parishad not worried. Hardik asked BJP President Amit Shah where Praveen Togadia is there. 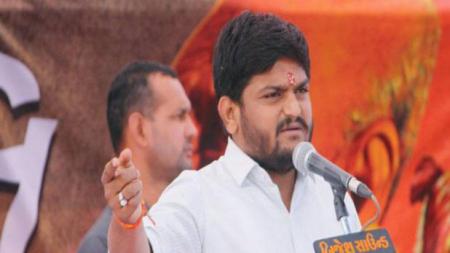 Hardik wrote in another tweet that if Pravin Togadia was missing in the Dr. Manmohan Singh government, then BJP would have done violence in the whole country. The devotees can speak whatever they have to say, because if they do not speak on this issue, then Saheb will not pay the salaries.
Hearty did not stop here, they tweeted and wrote that despite being Z-Plus security, Praveen Togadia disappears. It is a matter of thinking that what can happen to the common man? Praveen Togadia had earlier said that his life is in danger.