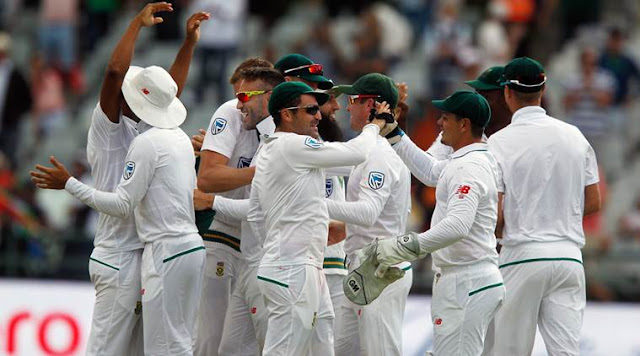 Indian batsmen, who used to score runs on home grounds, proved to be ‘lambs’ on overseas grounds against South Africa.

Centurion: The Indian batsmen, who used to score runs on home grounds, proved to be ‘lambs’ on overseas grounds against South Africa. After the Cape Town Test, in the Centurion Test, due to the poor performance of Indian batsmen, Team India has lost 135 runs. The target was 287 for victory on the fifth day of the match, but the whole team was dismissed shamefully by making 151 runs in 50.2 overs in the first session.When the Indian team started playing at 35 for the fourth day on the fourth day this morning, then everyone was expecting that the Indian team could not win the match but their batsmen would show the sentiment of the struggle, but it could not happen . The start of the fall of Indian wicket with Cheteshwar Pujara stopped as the last wicket with Jaspreet Bumrah being dismissed. With this loss in the Centurion Test, the Indian team has lost the Test series.

In terms of Indian batting, Virat Kohli’s first innings century (153 runs) was special in Centurion. Other batsmen have done shameful surrender before South African fast bowlers without showing their will to stay on the wicket. South African fast bowler Lungi Angadi, who made his Test debut, took six wickets in the second innings. He was declared Man of the Match.

The first over of the fifth day was taken by Rabada who scored three runs. Pujara hit the first ball of the next over which was thrown by Vernon Philander. Six runs in this over. In the fourth over of the day, the fourth blow to the Indian team started with Cheteshwar Pujara (19 runs, 47 balls, two fours) to run out. Pujara was run out in the first innings without any runs.In place of Pujara, Rohit Sharma came for batting. Rohit was unable to set right on the wicket but Parthiv Patel (19 runs, 4 fours, two fours) was also dismissed off Rabada. His catch Morne Morkel lifts the fine leg. Team India lost six wickets as Hardik Pandya (6), who was caught by Lungi Angadi wicketkeeper Deccan. Ravichandran Ashwin (3) also did not stay too long. Wicketkeeper Quintin Dicock, caught by the fast bowler Angie, caught the catch. Ashwin was dismissed as Team India’s seventh batsman.

This series has so far happened only once that the Indian team had reached 100 runs at the time of falling seven wickets. In the first Test, India scored the seventh wicket on 92 and 82. Due to Virat’s century in the second Test, the score was 280 while the team’s 7th wicket was falling, while the team lost the seventh wicket on 92 in the second innings.The next three batsmen, Rohit Sharma (47), Mohammad Shami (28) and Jaspreet Bumrah (2) were dismissed. South African fast bowler Luigi Andyi, who scored Test debut in Centurion, took the maximum six wickets. 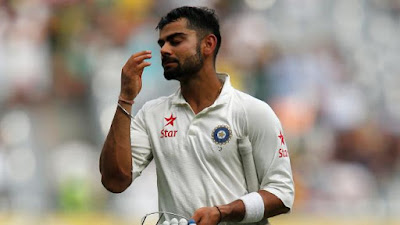 Both teams were as follows:-